The TxDLA Policymaker of the Year Award was established in 2014 and is presented to local, state or federal official who has substantially assisted in the advancement of Distance Learning in the State of Texas.

2014 Policymaker of the Year 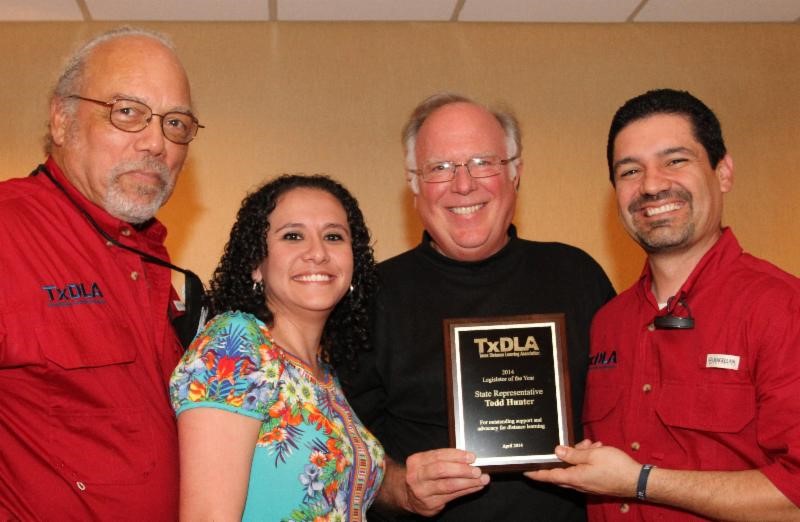 Hunter is the author of the bill creating a Distance Learning Master Plan for colleges and universities in Texas. He was also instrumental in passing legislation that made Texas A&M University Corpus Christi a four-year university and fought for better funding to build the university. He co-sponsored the Tuition Revenue Bond Bill and passed legislation to give statutory existence to the Texas Coastal Ocean Observation Network (TCOON), among many other accomplishments.

In 2012, Todd Hunter was elected to his seventh term in the Texas House of Representatives serving District 32 which is the eastern portion of Nueces County. He was first elected to public office in 1988 and retired from public service in 1997 so that he could help raise his three young children with his wife Alexis. In 2008, Todd was elected as a Republican representing District 32 composed of Aransas, Calhoun, San Patricio and part of Nueces County. He is currently the senior partner of Hunter, Barker & Fancher LLP in Corpus Christi.