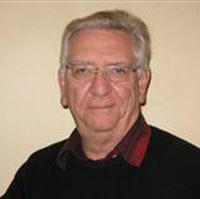 The 2014 Inductee for the Hall of Fame is Henry Hartman. Henry Hartman has over a forty year career in distance learning beginning with producing television based courses in the late 1960’s to today’s mobile technologies. His work comprises over a thousand films, television programs, webinars, and online classes. Currently he is the Executive Director of the State of Texas Academic Resources Link an Agency of the Texas Association of Community Colleges. STARLINK has been a provider of professional development and student success programming to all 54 Texas Community and Technical Colleges since 1989. There have been over 600,000 viewings of STARLINK programs since its inception twenty-four years ago. In leading the STARLINK Network, Henry has: put in place both C-band and KU Band satellite networks across the state, become a leader in streaming video delivery, and created a nationally acclaimed distance learning network. Also, he was part of the design and start-up team for the Virtual College of Texas that grew out of STARLINK.

Prior to creating STARLINK, Henry was Director of Entertainment for Sea World of Texas in San Antonio. In this capacity he managed a multi-million dollar budget and created a department of 350 employees. In addition, he produced and directed an Emmy-winning entertainment video promoting the new Sea World Park.

Henry has extensive experience in both commercial and educational TV/film. He began his career teaching and producing instructional television at the State University of New York and later moved to NBC in Los Angeles as a writer/associate producer. His love of higher education lured him back to teaching at the San Bernardino Valley College where he also managed production for their PBS station. Henry’s next move was to the U.S. Department of Defense as Senior Film Producer before next taking a position as the Television Arts Department Head at the United States International University in San Diego. At USIU Henry created the entire curriculum for a Bachelor of Arts degree in Television as well as hiring faculty, teaching classes and developing a system to link their various international colleges.

Henry holds a B.A in Mathematics and education and an M.A. in Theatre Arts from the Pennsylvania State University. He has received both the Innovator of the Year award and the Exemplar Award for Outstanding Service to national professional development from the North American Council for Staff, Program, and Organizational Development. At the Dallas County Community College Henry was selected Supervisor of the Year in 2008 and twice given the Innovator of the Year Award.