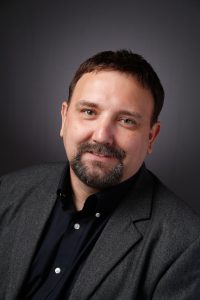 The 2019 Inductee for the Hall of Fame is John Copeland. Mr. John Copeland began his career thirty years ago in the United States Air Force as a Communications Technician.  During his time in the Air Force, he worked on DARPANET (known today as the “Internet”), computer networking, and video conferencing to enable the military to take their communication initiatives to the next level.  While in military service, John was named a distinguished graduate and won the military citizenship award from Airman Leadership School, received the Air Force Achievement Medal, and was awarded the Air Force Commendation Medal.  After his military service, John worked with Texas State Technical College (TSTC) where he continued to work with video conferencing and helped deploy the state-wide videoconferencing/distance learning network (VIDNET).  John did not stop with TSTC’s connection to VIDNET, he onboarded numerous Texas universities and service centers to provide videoconferencing solutions.  Mr. Copeland also assisted with the planning and coordination of the first Texas Distance Learning Association (TxDLA) annual conference and has supported every TxDLA conference since then. John has had a long career in industry with companies such as SBC Communication (now AT&T), Polycom, and VTEL, VBrick.  Today, John is the Director of Sales, Education and is the North American Digital Transformation/Cloud Ambassador at Barco