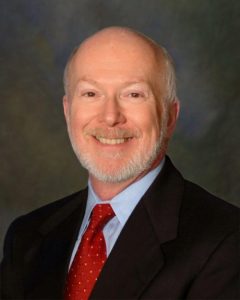 TxDLA thinks its members are pretty amazing, and is proud of the innovative programs that they manage. One of these members is Marshall Hill, Executive Director of NC-SARA, who was a college/university faculty member for 19 years followed by 20 years in senior positions with statewide higher education agencies in Texas (THECB) and Nebraska. He’s been leading the national SARA effort since its beginning in August, 2013.

“SARA is a voluntary, regional approach to state oversight of post-secondary distance education. It saves time and money for institutions that enroll students in many states, and it provides a better means to resolve any student concerns that arise from that activity,” explains Hill. (see www.nc-sara.org)

SARA began inviting states to participate in February of 2014. As of November of 2015, there were 538 SARA institutions in 36 states (including Texas), with more states and institutions expected to join in the future.

Hill reports, “The pace of state membership has been much faster than predicted.”

Hill joined TxDLA back in the mid 1990s through 2005 while doing distance ed policy work at THECB,  and rejoined about two years to start spreading the “SARA gospel.”

He explains, “networking, and opportunities to see old Texas friends are reasons I joined and remain a member of TxDLA.”