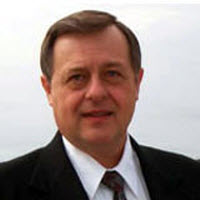 Dr. Zent is the Executive Director of Texas A&M University’s Educational Broadcast Services. He began his 35-year distance learning career in the early 1970’s as a producer, director, and station manager overseeing instructional broadcasts that initially reached within a 15 mile range from KAMU-TV. These broadcasts are now transmitted across Texas, the United States, and the world through one-way satellite feeds known as the Trans Texas Videoconference Network (TTVN), notably, one of the nation's first interactive videoconference networks.

Dr. Zent's leadership has also served to establish and advance the Lonestar Education and Research Network (LEARN), a collaboration which promotes high-speed networking in Texas. Instrumental as Principal Investigator and Project Director over the Texas Public Broadcasting Education Network (TPBEN), Dr. Zent established the most comprehensive network in the nation by linking all public television and radio stations in Texas for high-definition video broadcast, with data transmission to any school, library, or health care facility within the coverage areas.

Dr. Zent has worked to spread education through individually focused projects, such as the U.S. Department of Agriculture’s AG*SAT Satellite Network program which delivered Agriculture and Life Sciences instruction to sixteen universities across the United States.

Needless to say, Dr. Zent has led the way to reach thousands of students via different means of distance learning. Not only does he practice distance learning, he also teaches it as an Assistant Professor at Texas A&M. His leadership has shone through countless hours of dedication to numerous organizations where he has held many positions, including President of Texas Public Broadcasting Association and Chair of TxDLA's Board of Directors, to name a few. It is with great pride that Texas Distance Learning Association salutes Dr. Rodney Zent for his visionary leadership and welcomes him into the Texas Distance Learning Hall of Fame.